Everybody’s talking about Leonardo DiCaprio and Brad Pitt in Tarantino’s latest flick, Once Upon A Time in Hollywood — but the film also features a new breed of action star named Brandy who more than holds her own with the big dogs…and really chews up the scenery!

This could be a fun love-hate movie for all you passionate dog lovers out there…Based on one of Broadway’s longest-running musicals ever!

DisneyPixar has come out with another adorable 10-minute animation film as part of their #PixarSparkShorts series…Kitbull!

Here comes another cute, kid-friendly dog movie from W. Bruce Cameron, the author of A Dog’s Purpose and A Dog’s Journey…

While it may not be in the running for this year’s Oscars, you can bet this new dogu-series (ahem, sorry), DOGS, will be sure to gain some traction with Netflix viewers.

In these wild and crazy times of fake news and over-the-top hyperbole, it’s refreshing — and maybe a little insane — to see two young people put their lives on the line for a loose dog in the city, as you will see in this thrilling NYPost story, Dog Leads Cyclists on Dramatic Chase Through the Streets of New York. 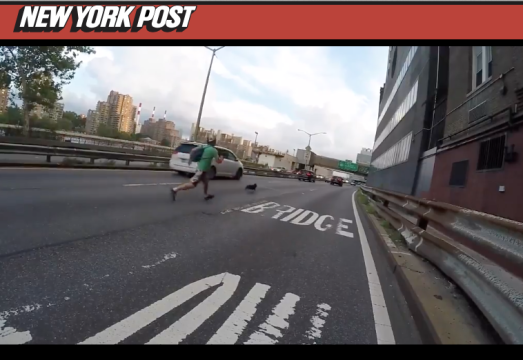 “In the future, your dog will tell you how to survive.” 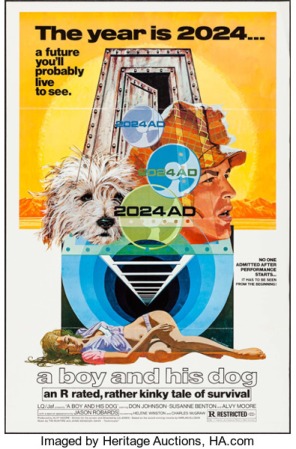 Harlan Ellison, the strikingly original — and some might add bizarre, combative, and controversial — sci-fi writer whose credits included Star Trek and many more dozens of TV shows and screenplays, died yesterday at the age of 84.

With his extremely provocative Stephen King meets Disney-style, Ellison was also one of the early innovators of the “talking dog” movie, as seen below in the 1975 apocalyptic cult classic, A Boy and His Dog, which starred a young Don Johnson.

Yes, Wes Anderson’s new comedy, Isles of Dogs, had a special screening for dogs and their humans. Milk Duds not included (hopefully)! (NYT)

The Dodo’s Facebook show, COMEBACK KIDS: ANIMAL EDITION, has become so popular online — over 130 million views — that there’s talk it may be moving to cable soon! (BI)

Wes Anderson, the colorful director of The Royal Tenenbaums and The Grand Budapest Hotel, has made an epic stop-motion animated movie about dogs…

GEICO has long been known for its charming (though some might say annoying) talking lizard spokesanimal — but the insurance behemoth has sprinted ahead of the pack with this new clever Pamplona spoof! (YouTube)

Russ Ryan and his late dog, Charlie Dickens (no relation to Charles Dickens, the author)

Get It's Just A Dog newsletter!

It's Just A Dog Book Recommends...